We are getting ready to leave for Honduras.  This is as description of the primary purpose of our work there.

ROTARY IN THE WESTERN MOUNTAINS OF HONDURAS 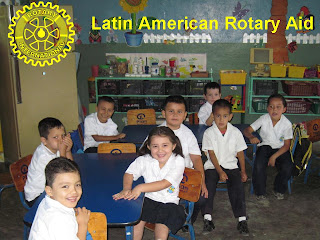 The Latin America Rotary Aid (LARA) project has collaborated with the Rotary Club of Santa Barbara, Honduras for twenty years on a wide range of projects addressing the health, social, and educational needs of communities in the Department of Santa Barbara, a 5,000 square kilometer area in the rural northwestern mountains of Honduras. The City of Santa Barbara, with a population of only 15,000, is the largest municipality in the department and is the primary service center for the department of 400,000 people, most of whom live in small mountain villages. The Rotary Club of Santa Barbara is a full partner with LARA, and the club members provide a key role in identifying critical needs, working side-by-side in LARA projects, and assuring the success of each project. The Rotary Clubs of Ashland, Wisconsin and Santa Barbara, Honduras have much in common, in spite of differences in climate and social wellbeing, because both clubs consist of professionals committed to the quality of life in a largely rural region.


A NEIGHBORHOOD GROWS ON THE OUTSKIRTS 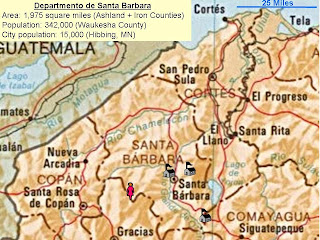 To address the massive unemployment of 24% of its working age population, Honduras has promoted the establishment of maquiladoras, mostly foreign-owned garment factories, as a path out of poverty.  The factories are attracting unemployed workers from villages to areas surrounding the maquilas. This has been the case with a T-shirt factory on the outskirts of the City of Santa Barbara.  Families with young children are moving into the Colonia Brisas del Pinal, a neighborhood near the factory.  The local elementary school has become overwhelmed with the influx of children.  A key to the long-term success of the young families in this neighborhood is a positive, healthy introduction to primary school for children and a reliable, stimulating, and safe environment for children of parents who are eager to hold a steady job in the local factory. 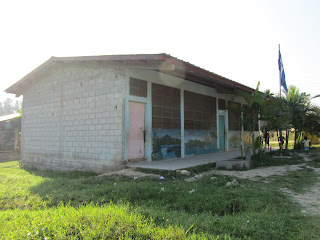 WHY BUILD A KINDERGARTEN?
The national education system in Honduras does not provide adequate support for its schools.  Rather, since 2008, the City of Santa Barbara has rented two small rooms in a private home where two teachers attempt to educate sixty children in kindergarten and pre-kindergarten.  The school provides lunches for the children but lacks a kitchen for food preparation.  Bathroom space in the rented house is so limited that children have to go home when they need to use the bathroom.

Neighborhood parents requested assistance from the City of Santa Barbara and the Santa Barbara Rotary Club to construct a two-room kindergarten adjacent to the existing elementary school (pictured here).  City staff prepared detailed construction drawings and cost estimates for the materials.  The proposed kindergarten is not extravagant.  Each room is 6 x 8 meters, with a masonry foundation, concrete block walls, brick floors, and a metal roof.  Each room has built-in bookshelves and a blackboard.  Included in the project is a kitchen to assure that children receive safe, nutritious meals and bathrooms connected to the city’s sanitation system.
Posted by AshlandWiRotary at 7:06 AM